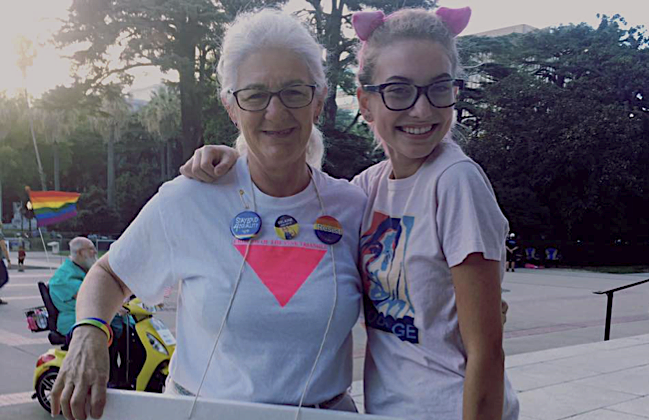 Between mid-August and early September of this year, Sierra Forward conducted a highly sophisticated, in-depth survey of likely voters in California’s CD4. We wanted to know: After being elected five times, would 2018 be the year Tom McClintock could finally be unseated?

It is nearly a year since the 2016 election, and voters throughout our district remain fearful: employment and educational opportunities are being threatened, corporate profits are being put above environmental protections, and our healthcare is in jeopardy. Further, senior citizens are now being put at risk by tax reforms that threaten not only their retirement savings, but their Medicare benefits.

Yet, as concerns throughout the district escalate, Tom McClintock continues to ignore the pleas of constituents – with even die-hard Republicans now losing faith in him. This shifting political landscape presents the best chance we’ve ever had to unseat McClintock. It will take the right candidate, running a good, solid and honest campaign. It will also require that groundwork be prepared well ahead of time, with effective messaging and a vigorous, well-organized volunteer base.

This is what Sierra Forward is working towards: becoming an efficient, disciplined organization – based on the successful “Snowflake” model used by the Obama campaign – which will provide the advantage necessary to defeat McClintock in 2018.

While we don’t want to advertise everything the poll told us, (why give McClintock a heads up?), to convince supporters that we really can “flip the Fourth” in 2018, we’re sharing a few of our key survey findings. For example:

Most telling, however, is that only 35% of the district’s voters say they are likely to vote to re-elect McClintock in November of 2018. That low level of support is dangerous territory for any incumbent. Moreover, The Washington Post recently reported that, heading into next year’s Congressional elections, a “generic” match-up between Democrats and Republicans shows Democrats with an astounding 16-point lead. While that will tighten up during the election cycle, generic ballots are considered a solid indicator of momentum:

We all know that CD4 is experiencing enthusiasm and voter engagement unlike anything seen previously. If a national “wave” election is shaping up, we want to be positioned to ride it to victory in CD4. This is the basis of –and reason for — Sierra Forward’s Campaign for the Future: to prepare the field for a candidate who is more responsive to the citizens of CD4. The survey figures don’t lie – and the dollar figures we raise could be the difference between propelling our candidate into Congress, and two more years of Tom McClintock.

By the way, still wondering what issue 85% of voters in our district agree on? That a Congressperson should live in the district they represent. Tom McClintock does not. So, we have to “live” with him, but he doesn’t have to live with us? We trust that you want to help us change that!

If so, please join Sierra Forward to ensure that we “Flip the Fourth” in 2018. Together, we can move mountains….and Tom McClintock – right out of Congress. We can get this done!