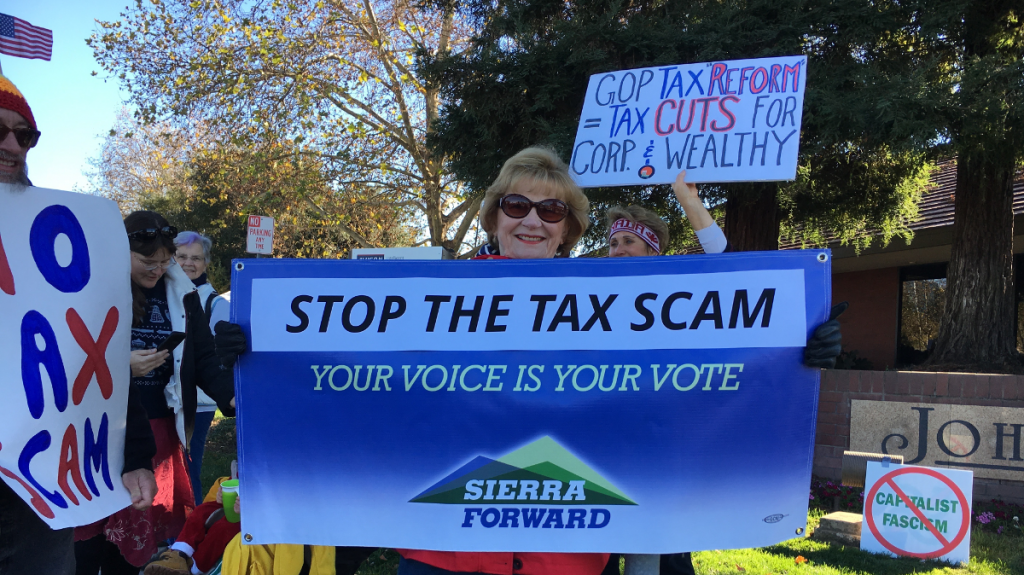 As the President of the school board in a small rural district, I’m often asked to explain education funding in the Golden State. Because the issue is so complex, I’ve found that a little history lesson, and an outline of the current state of affairs, gives people context for understanding the nuances of the larger picture. So, I’ve boiled the background down to a couple of paragraphs to open the conversation.

To understand funding, you have to go back to before Prop 13 – which slashed property taxes – passed. Prior to Prop 13, schools were funded about 60% from local property taxes, 30% from the state budget, and 10% from the Federal Government. After Prop13 passed, those numbers flipped, with the State currently funding 60% of education costs, local property taxes 30%, and 10% still coming from the feds for designated purposes (homeless youth, special education, etc.).

Because the state budget fluctuates quite a bit, and is subject to political influences, in 1988 the voters passed the Prop98 ballot initiative, which set minimum funding levels for schools. Those minimum funding levels are now part of our State Constitution. But despite the mandate, the State has fallen short of those funding levels; and recently (2008-2011) they fell FAR short. As of 2017, the gap between what was legally required to be paid to schools and what was actually paid has almost been filled: it is 2017, and we now have almost reached the minimum funding levels — for the 2007-2008 school year!

Now, I know what you’re thinking—haven’t we passed two school funding ballot initiatives in the last 6 years?! Yes. We have. However, those just filled in the gap. And what about lottery money?! Don’t get me started on that. As soon as the lottery passed, the state removed a comparable amount of money from the schools’ budget, so the lottery was a net zero (actually a net loss, because lottery funds can’t be spent on salaries.) What about the change to school funding, called the Local Control Funding Formula—hasn’t that helped? That’s kind of a wash. It has dramatically increased funding to schools with high concentrations of the most challenging students to educate, while leaving other schools with the same or lower funding.

So, what does this mean for our schools? It means that California, which prior to 1977 was one of the top 10 states in funding and achievement, is now in the bottom 10 for both. New York now funds education at more than double the per student rate of California. And make no mistake: There is direct correlation between adequate funding and class sizes, student teacher ratios, and student achievement and success.

This brings us to the 2017. Quite simply, California’s schools do not have adequate funding. We sit at the brink of disaster if funding is cut further due to any change of the state’s finances. Assuming no recession is on the horizon (and we are quite overdue for one, by recent standards), three changes at the federal level pose the greatest threat to education finance in California: Betsy DeVos push for reductions in education, the defunding of the Child Health Insurance Program (CHIP), and Trump’s Tax Scam bill..

DeVos’ support of vouchers and private, for-profit charters will further cut into both federal funding and the funding of local public schools (who get their funds on per-student basis). In order to cover the cost of a national voucher program, federal funding will be pulled from programs like Title I (funding for low income students), school lunch programs, and McKinney Vento (funding for homeless youth). And local districts will either watch their students suffer, or find a way to fill in for those missing funds.

As private schools and for-profit charters skim off the wealthiest, highest achieving students and leave the poorest and most challenging (pronounced “expensive”) students in the public school system, the budgets of public schools will be further challenged. The subsequent decrease in quality of public schools and student achievement will then be used as a pretext for diverting EVEN MORE money to private and for-profit charters, eventually destroying public education in our country.

The defunding of CHIP will be a $600 million hit to the California state budget, if we are to continue funding the program absent federal assistance. Since the largest portion of the state budget goes to education, schools will take the brunt of this lowering of state funds.

The Tax Scam is the most insidious of the three challenges that public education funding in California will face. On the surface, it would seem that there would be little effect on funding, since only 10% of school budgets come from the federal government. The trick however, is that the provisions regarding the deductibility of state and local taxes will have a strong and corrosive outcome on state and local agencies’ ability to increase funding. For example, if the state income tax deduction goes away, wealthy people and businesses will attempt to lower their portion of income earned in this state. If the property tax deduction is eliminated or lowered, fewer people will make the transition from renter to buyer, and the rate of property tax revenue increase will also be slowed.

With the elimination of state and local tax deductions, there will also be a resistance to increases in tax rates, which will make it more difficult to pass bonds and other necessary taxes to fund education. With school districts no longer able to go to the voters to raise funds for necessary projects, they will have to choose between spending money from their general fund, or going without. An example of this is that, for the school district where I’m a Trustee, we could not have raised the money to update our technology infrastructure and provide 1:1 devices for students—leaving our students using computers that were 10 years old, and an internet connection not much better than dial-up. For other school districts, this will mean no modernizing, building, or repairing facilities, which generally require raising capital.

And remember—these state and local tax deductions are being eliminated to pay for tax breaks for corporations and wealthy individuals. What this boils down to is that education finance in California is at a crossroads. While we fight for adequate funding at the state level, changes in Washington DC threaten the very existence of public education in our country.

If you believe as I do, that free, rigorous, well- rounded public education is essential to democracy and to the economic future of our country, now is the time to fight for it. Tell your representatives in the California State Legislature that you support adequate funding—that, as the wealthiest state in the union, we should be in the top 10 in funding per student— and that Prop98 is the floor of funding, not the ceiling. Tell your Member of Congress that the Tax Scam places an unacceptable and unfair burden on Californians and our public education system, and that public funding of private schools goes against everything we stand for as a nation. If they won’t listen, vote them out. Make support of public education the litmus test for your support for candidates.

California’s schools are doing so much with so little. It’s time we get them the funding they need—their students are our future.